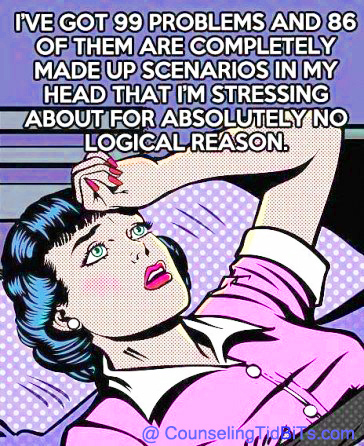 “If your beliefs are stressful and you question them, you come to see that they aren’t true — whereas prior to questioning, you absolutely believe them. How can you live in joy when you’re believing thoughts that bring on sadness, frustration, anger, alienation, and loneliness? When you believe those thoughts, you think that the world is making you unhappy. But it’s your thoughts about the world that are making you unhappy.

I realized that when I believed my thoughts, I suffered, but when I didn’t believe my thoughts, I didn’t suffer. And I’ve come to see that this is true for every human being.

So, the first two questions in The Work — “Is it true?” and “Can you absolutely know that it’s true?” — are what I saw when the thoughts appeared. No thoughts are true. They can’t be. I saw that with absolute clarity. The third question is “How do you react when you believe that thought?” Well, that was obvious: sadness, anger, despair. I saw that all these things are the effects of believing a thought that isn’t even true. Then I saw that there was no identity until the thoughts appeared, so the fourth question is “Who would you be without the thought?” Then what I call the turnaround, which is a way of experiencing the opposite of what you believe, occurred. I saw that for every thought, the opposite is just as true, or even truer. I realized that it was all upside down and backward — what was true, what was not true, what was the dream world, what was the real world.”
Excerpts from talks with The Work of Byron Katie