Part of the Twelve Steps in addiction recovery requires absolute honesty and personal responsibility for the ways that one’s addictions and behaviors have harmed others before becoming sober (Steps 4, 8, and 9). These moral lapses come in the form of lying, manipulating, stealing, blaming, or just plain acting like a jerk to kids, friends, and family! In becoming aware of all moral compromises made in connection to using, and then making the appropriate amends, sobriety is strengthened. The cobwebs of remorse, shame and guilt, that so often lead to relapse, are removed. We learn to forgive ourselves, too, and can experience true freedom from the past.

But you don’t have to be recovering from addictions to get something from the 12 steps. It is, after all, a spiritual program in and of itself.

Making Amends – and The Work of Byron Katie

In a process called The Work, Byron Katie teaches to make an Amends List (like in steps 8 and 9) following these steps:

The turnaround helps you see how your actions have hurt you. Remember – you were doing the best you could at that time.

Forgive yourself. It’s your life. If you don’t turn it around, who will? You’re the one!

Now hug yourself and tell yourself that you love you!

Asking for what you want, even though it may feel bold or awkward, is a healthy step towards self-esteem.  People don’t know what you want until you ask them. The act of asking is a validation of the awareness that you deserve to have what you want. If others are unable or unwilling to accommodate your request, give it to yourself. 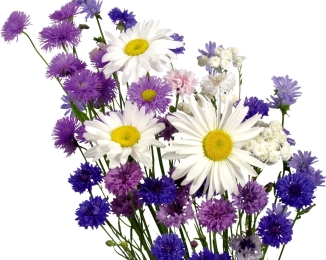 I had a thought in my first marriage: “I wish he would buy me flowers.” So I’d drop hints ( I just LOVE daisies!). Finally, I bought HIM some flowers. He was tickled, “Wow! No one has ever bought me flowers before!” But, alas, still no flowers for me.

I Shouldn’t Have to ask for What I Want. It’s rude. It’s selfish. It sounds needy. But how would he know?

So I asked him for some flowers. I thought, “and if he does, wonderful, I get what I want, but if he doesn’t, I can turn it around”. You know, if I want the flowers, why don’t I give me flowers?

And then you may begin to understand that it’s something else you wanted – maybe it wasn’t just the flowers.But now you are being responsible for knowing what’s going on inside.  And because you are listening to you, you begin to become your own best friend.

Isn’t that what you wanted?