Worth reading from off the web!

There are three essential elements to an abusive relationship:

1.  Consistent occurrences of power and control over another

2.  Chronic feelings and displays of disrespect

Abusers are highly deceptive and the victim, as well as others, have no idea that he is being abusive at all.  He purposefully undermines his victim’s individuality and confidence by dominating conversations and suppressing her identity, making her into a mere object for his purposes. He minimizes anything about her, including her opinions, accomplishments, concerns, feelings, or desires.  This causes her to do the same and she learns to minimize herself as well.

Abuse and respect are polar opposites

He has a chronic attitude of disrespect towards his partner.  A respectful relationship is not abusive and an abusive relationship does not contain respect. An abuser views his partner as his property, which allows him to feel powerful and in charge.

It is essential for an abuser to feel this way because he has a fragile ego and delicate sense of self. Without feeling more powerful than his partner he feels weak and vulnerable. Feeling any sense of vulnerability taps into his sense of powerlessness which he is unwilling to experience for any reason. As long as he sees himself in the “one up” position his fragile ego is kept at bay.

Abuse is caused by the belief system of the abuser. The abuser has developed a deeply ingrained sense of superiority and entitlement which does not go away by learning how to manage anger or resolve conflicts. Abusers use anger to control. They engage in conflicts to abuse their partner; show their superiority; and keep intimacy away. Since intimacy requires vulnerability, a feeling abusers avoid at all costs, they have no interest in developing such closeness.

Abuse is not the same as conflict. A conflict involves a difference of opinion. Abuse involves the need for the abuser to stifle the feelings, thoughts, opinions, and values of the abused. An abuser refuses to accept any accountability or responsibility for any of the problems in the relationship. His hallmark attitude is one of superiority and blame. It is not the conflict that is the problem. The abuser caused the conflict in the first place. There can be no resolution.

There is no way to “approach their partner appropriately,” or “pick the right time to address something.”

Abusers can choose any reason to blame his victim for an abusive incident. Abusers abuse because they choose to. It is the abusive mindset that allows them to abuse for a number of reasons:

(1) They are unhappy and they don’t know what to do with their emotions.

(2) They dump their rage and shame on others.

(3) They may have a narcissistic or anti-social personality disorders.

(4) They feel in control, powerful, strong, and superior, which helps them keep all weak, needy, and vulnerable emotions hidden.

(5) Some people abuse because they were taught this as children and operate out of this inner working relationship dynamic.

Whether abuse is physical, sexual, verbal, emotional, financial, spiritual, or some rendition of all of these, there are some basic components of abuse; these are: blame, criticism, neglect, oppression, minimization, rigidity, ridicule, lies, invalidation, lack of accountability, no remorse, no apologies, repeated name calling, double standards, violence, and a consistent lack of empathy.

Realize that abuse, like addiction, is a chronic “disease” that progresses with time, meaning it only gets worse.

Can an abuser be cured?

Of course anything is possible.

Here are the signs that an abuser is changing:

Alcoholics can never even have one drink ever again in order to maintain sobriety. Abusers can’t be like “normal” people who may be rude or disrespectful at times. Recovery for an abuser needs to be different from what comes natural for the partner. Coddling an abuser and showing him empathy only exacerbates his entitlement. Recovery for an abuser requires that he does not allow himself to ever be rude, disrespectful, entitled, or invalidating ever again. Instead, he is humble and compassionate at all times. No excuses.

Edited for readability   Source: Recognizing and Changing an Abusive Relationship | The Recovery Expert 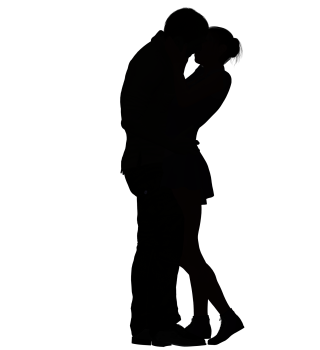 A team of researchers hooked couples up to electrodes and asked the couples to speak about their relationship: how they met, a major conflict they were facing together, and a positive memory they had. As they spoke, electrodes measured the subject’s blood flow, heart rates, and how much they sweat. Then the researchers sent the couples home and followed up with them 6 years later to see if they were still together.

From the data they gathered,  John Gottman (and team) separated the couples into two major groups: the Masters and the Disasters. The masters were still happily together after 6 years. The disasters had either broken up or were unhappy in their marriages.

One fact they found interesting: The more physiologically active the couples were in the experimental lab, the quicker their relationships deteriorated over time. Now we’re not talking “aroused”  as in “sexually attracted”. We’re talking about being in fight-or-flight mode. Having a conversation, sitting next to their partner was, to their bodies, like facing off with a saber-toothed tiger! They didn’t feel safe with each other. Conversely, the masters had created a climate of trust and intimacy. They were more emotionally comfortable.

How did the masters create a culture of love and intimacy?

All people make requests for connection, what Gottman calls “bids.” The Other could respond by either “turning toward” or “turning away.”

Though the connection-bid might seem minor and silly to One partner, the Other partner apparently thought it was important enough to share, and the question is whether the partner recognizes and respects that.

Couples who had divorced after a six-year follow-up had “turn-toward bids”  of only 33% – Only 3 of 10  bids for emotional connection were met with intimacy. The couples who were still together after six years had “turn-toward bids” 87% of the time. That means 9 out of 10. They were meeting their partner’s emotional needs.
By observing these types of interactions, Gottman can predict with up to 94 percent certainty whether couples — straight or gay, rich or poor, childless or not — will be broken up, together and unhappy, or together and happy several years later.
Much of it comes down to the ‘spirit’ couples bring to the relationship – personality characteristics. Do they bring kindness and generosity; or contempt, criticism, and hostility?
Gottman concludes, “there’s a habit of mind that the Masters have. They are scanning the social environment for things about their partner they can appreciate and say thank you for. They are building a culture of respect and appreciation very purposefully.  On the other hand, the Disasters are scanning the social environment for their partners’ mistakes.”

Contempt, they have found, is the number one factor that tears couples apart. People who are focused on criticizing their partners miss a whopping 50 percent of positive things their partners are doing and they see negativity when it’s not there.

People who give their partner the cold shoulder — deliberately ignoring the partner or responding minimally — damage the relationship by making their partner feel worthless and invisible, as if they are not there, and certainly, not valued. Being mean is the death bell of relationships.

Kindness, on the other hand, glues couples together. Research independent from Gottman has shown that kindness, along with emotional stability, are the most important predictors of satisfaction and stability in a marriage. Kindness makes each partner feel cared for, understood, and validated.

There’s a great deal of evidence showing the more someone receives or witnesses kindness, the more they will be kind themselves, which leads to love and generosity in a relationship. Please note: this means that one partner can bring out goodness in the other – by way of example.

Masters appear to take the time to choose their words. They don’t ignore their feelings like some Disasters do (only to blow up later). They own their perceptions and approach the partner with a desire to share and solve the problem. Disasters will often approach as though they are an expert on the other and there is no invitation for a discussion.

Couples can learn to communicate with respect. They can learn about connection-bids. But they have to be motivated.